Lief Erikson was a Viking explorer and adventurer from Iceland. Although his story has been told in several Viking sagas, they are all so different that it is very diffcult to know what really happened in his life. What we do know, is that some time in the 11th Century he became the first person from Europe to land in North America. This is between 400 - 500 years earlier than Christopher Columbus (who is often credited as being the first).

This artefact shows a model of a Viking longhouse. Tapping the roof will reveal the inside of the longhouse, with different features labelled. Tapping these labels will tell you more about the features. 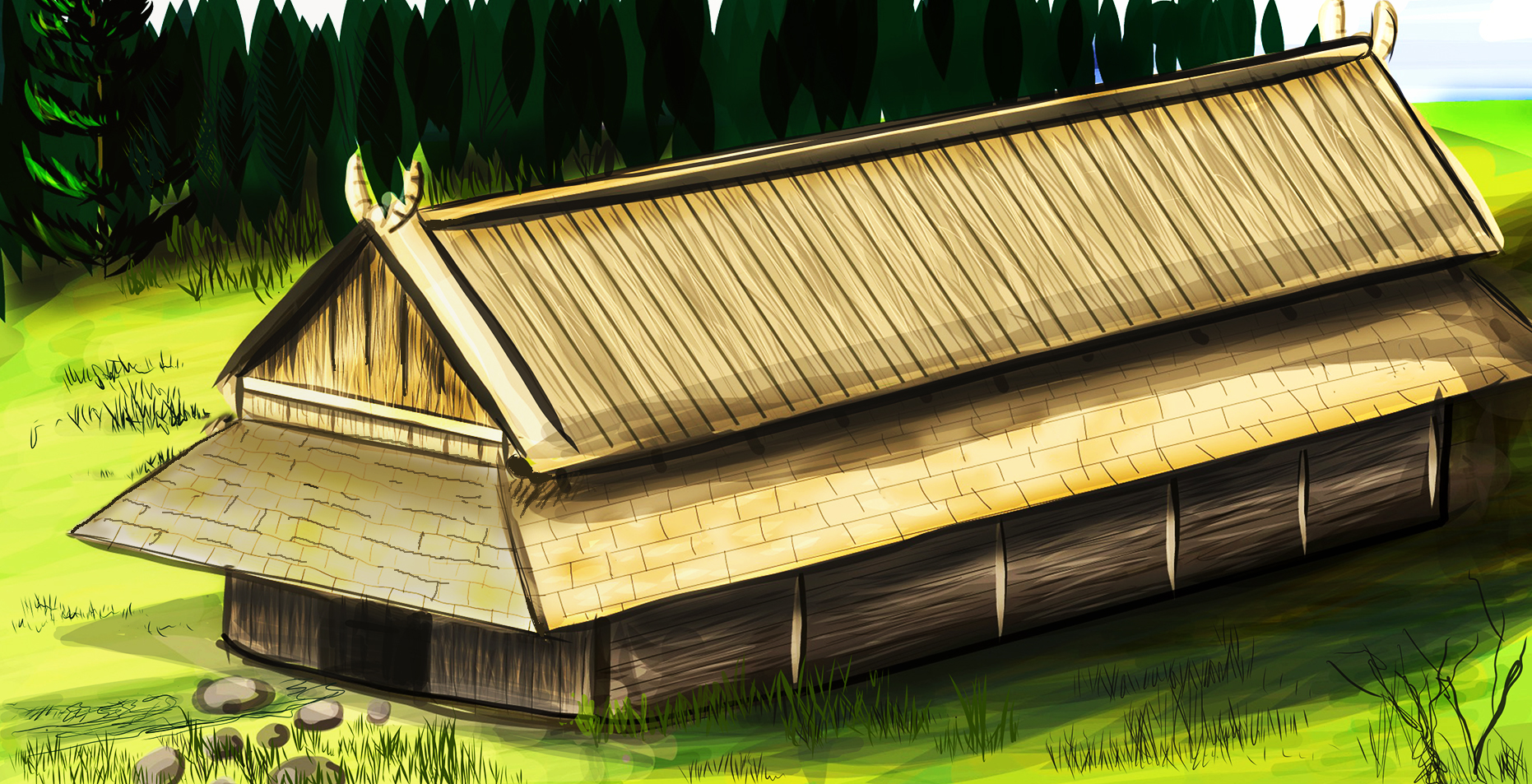