When Sigurd killed Fafnir the dragon, he used his famous sword, Gram (which is old Norse for wrath). Swords were very difficult to make and required great skill to produce. They were expensive and any Viking that owned one was probably very wealthy. They were often decorated with patterns like those described on the Artists worksheet. It was very common for them to be given names such as Leggbir (Leg Biter) or Gunnlogi (Flame of Battle).

This artefact shows a carousel of authentic Viking weapons. Rotating the carousel will tell you a bit more about each weapon. 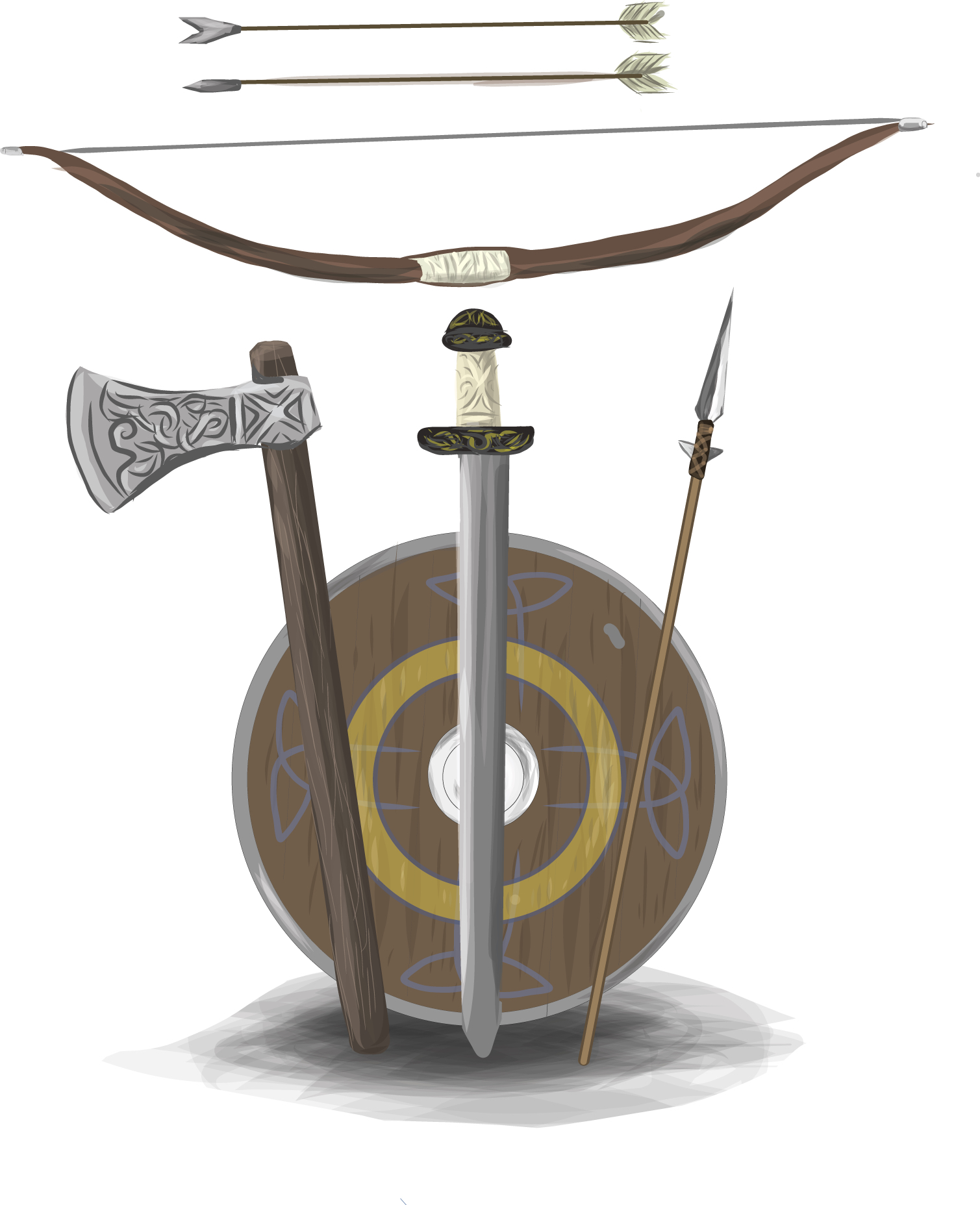